Libations Fit for a King by Saralyn Richard 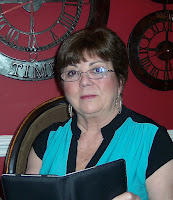 Today, I'd like to introduce my guest and fellow Black Opal Books author Saralyn Richard who shares behind-the-scenes information and history about expensive libations and exclusive parties, much like the party event in her recently published mystery, Murder in the One Percent.  Check out the impressive number of good reviews this book has brought in on Amazon (link next to the book cover below).

Libations Fit for a King
by Saralyn Richard 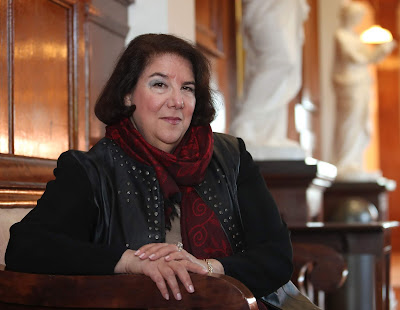 Who’s up for some amazing libations at an exclusive party?
The dictionary definition of “libation” is “a drink poured out as a ritual offering to a deity.” (Oxford Dictionary, Oxford University Press). Sometimes libations were given as an offering to a god or spirit, often in memory of those who have passed on. Pouring libations was a common practice in many religions of antiquity, and it continues to be performed in various cultures today. 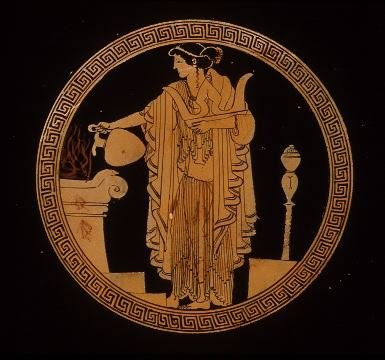 This is very likely where the ceremony of toasting before drinking alcoholic beverages derives from. 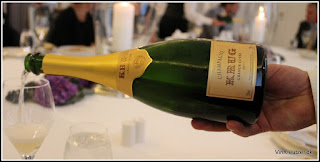 In Murder in the One Percent (2018, Black Opal Books), the characters attend a birthday party at a mansion in the horse country of Pennsylvania. That Saturday night, they dine from an elegant nine-course menu with wines selected for their best years and perfectly matched to each course.

We would expect nothing less from the wealthy and powerful hosts in the one percent, right?

Just for fun, I priced the wines being served, using today’s market quotes. Following are the prices per bottle:

That adds up to a hefty $7319 for just one bottle of each. Knowing these characters as I do, they would consume at least two and probably three bottles during the party, bringing the cost of libations to a whopping $21,957.

No wonder the guests had such a fun time at that dinner party! They ate and drank like royalty and went to bed happy. Too bad the next day, one of them woke up dead.

Murder in the One Percent 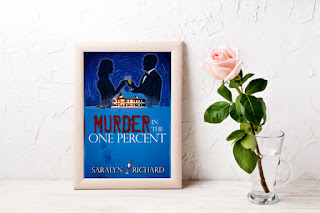 Someone comes to the party with murder in his heart and poison in his pocket.

Amazon Buy Link
When old friends gather for an extravagant retreat at a country mansion, no one anticipates how their lives will be changed--or that one of them will turn up dead. Remote and serene, Bucolia Farm is the perfect setting for a lavish party. The guests, members of the country's wealthiest elite one percent, indulge in gourmet food, fine wines, Cuban cigars--but greed, lust, and jealousy crash the party.
Playboy and former Secretary of the Treasury, Preston Phillips, brings his new trophy wife to the party, unaware that his first love, the woman he jilted at the altar years ago, will be there, enchanting him with her timeless beauty. A snowstorm, an accident, and an illicit rendezvous later, the dynamics crackle with tension.
When Detective Oliver Parrott is charged with solving the untimely killing of one of America's leading financial wizards, he realizes this will be the case to make--or break--his career.

Mystery and children’s book author, Saralyn Richard, is a writer who teaches on the side. Some of her poems and essays have won awards and contests from the time she was in high school. Her children’s picture book, Naughty Nana, has reached thousands of children worldwide.

Murder in the One Percent, ©2018 Black Opal Books, pulls back the curtain on the privileged and powerful rich. Set on a gentleman’s farm in Pennsylvania and in the tony areas of New York, the book shows what happens when someone comes to a party with murder in his heart and poison in his pocket.

A member of International Thriller Writers and Mystery Writers of America, Saralyn is writing the sequel to Murder in the One Percent. Her website is www.saralynrichard.com

Posted by authorlindathorne at Friday, November 16, 2018

Email ThisBlogThis!Share to TwitterShare to FacebookShare to Pinterest
Labels: Make Mine Mystery Libations Fit for a King, Murder in the One Percent, Saralyn Richard

I thought this mystery had amazing characters, in a wonderful setting and a scrumptious menu to die for ;)

Her many reviews are saying basically the same thing. This is one I'll add to my "To Read" list.

I've read Murder in One Percent and enjoyed every page. Thanks, Saralyn, for the history lesson on toasts. The world of the wealthy and powerful is foreign to me. My last car costs a little more than the libations consumed at the party. But if someone offered me a glass, I'd drink it.

Thank you, Linda, for featuring MURDER IN THE ONE PERCENT on today's Make Mine Mystery. I'm honored to share space with you!

Your book has an intriguing premise that fills a mystery fan with the reading "spirit." (Pun intended.)

I wish you success with your book.

Many thanks to you, Minette, Kathleen, F.M., and Daniella. I'm unable to thank you individually, but I appreciate your comments and I'm glad the book's wines fire your imaginations as they did mine. Isn't Linda's blog wonderful, too?

Saralyn, I'm first going to recommend the book (will send the link) to my wife - the premise is the kind of story I think she'll go for. But it does sound like a fun read for me as well, so I'll remember this one. I have a feeling I'm not the first person to say this to you, but I can imagine it as a movie with the various eccentric characters creating a fun whodunnit murder mystery a la Agatha Christie.

Thanks, Keith. Lots of reviews have compared the book to one of Agatha Christie's, which tickles me, as I'm a fan of hers, and Detective Parrott's name is a nod to her Poirot. Like a few of Christie's, Murder in the One Percent is a locked room mystery, but this book is quite American and quite modern. I hope you and your wife enjoy it!

It does sound like a wonderfully interesting and entertaining mystery novel. Locked room mysteries are so clever. Congrats, Saralyn.

Thoroughly enjoyed the book and hope to read a sequel soon!

Thank you, Jacqueline and Zoe. Your comments mean a lot to me.

I just stopped by and read more interesting comments. I'm glad you took my spot this month on Make Mine Mystery. Your post adds something different, and I think someone said "locked room" mystery. Yes, I'll be reading your book for sure. Haven't read that type of mystery in over a decade and long overdue.

Grateful to you, Linda. Make Mine Mystery is a well-organized blog, and you do so much to perfect it. It's a joy to be with you here. As for the locked room mystery, you might be interested in this article Karen Harper did about Murder in the One Percent for ITW's The Big Thrill magazine. http://www.thebigthrill.org/2018/02/murder-in-the-one-percent-by-saralyn-richard/

I’m off to Amazon to buy a copy. Look forward to reading this book beside a fireplace

I never liked alcoholic beverages and am happy to drink pop at a party.