How has the Corona Virus Affected You as a Writer' 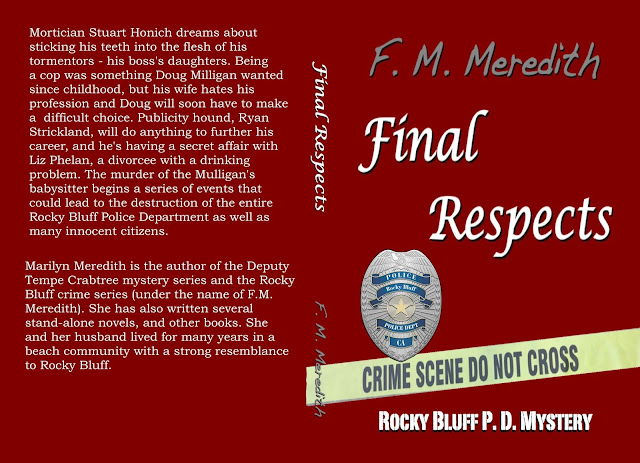 I've been hearing all sorts of comments about how the virus is affecting other writers, from even though they have the time, they haven't had the desire to write, to the other extreme, some love the fact that being confined to home has given them lots of time to write.

Which end of this answer are you, or somewhere in the middle?

To be honest, the writing part of my life hasn't changed much because of the virus. I am mostly staying home, except for forays with mask on to the grocery store.

What I miss most is all the events and conferences I'd planned on going to and were cancelled.

Because I had a non-refundable hotel reservation for San Luis Obispo for a conference that cancelled, my daughter, hubby and I packed up and headed over to the coast. For those of you who don't know, San Luis Obispo is a jumping off place for many coastal beaches.

Though we didn't get close to any people at the surprisingly crowded beaches we did watch the otters play at Morro Bay, and visited Pismo and other popular spots and saw a lot of great scenery at vantage viewing spots. Many of the restaurants had just opened following all the new rules, so we had some great meals too.

It's been long enough to know if we were exposed to anything, and we're all fine. It was a great get-away and certainly renewed all three of us.

As for my writing, I've been busily going over old books in my Rocky Bluff P.D. series that have been re-edited and making sure to catch mistakes. These books have all been published before, but oh, my, there are typos and goofs. They are all going to be self-published and some of them are already there on Amazon for Kindle and in paper.

Though we haven't been doing them in order, the first ones are done.

The series begins with Final Respects. When I wrote it I had no idea it would become a series.

Marilyn who writes this series as F.M. Meredith
Posted by Marilyn Meredith a.k.a. F. M. Meredith at Tuesday, June 23, 2020 76 comments:

Email ThisBlogThis!Share to TwitterShare to FacebookShare to Pinterest
Labels: 1st in RBPD series, Final Respect, How has Corona Virus Affected You as a Writer

Who Are You Again?

As someone once said, it’s always something.
After decades - centuries - of respecting proper grammar, pronouns, tense, sentence structure, conjugations and all the other bits of pieces that comprise language and forms so much of communication, writers are being asked to learn a totally new - and distressingly flexible - set of personal pronouns.
Now there are people who are intent on messing up the concept of language. In a politically correct move some who believe they are more than one gender are not only using different pronouns for themselves, they expect others to use them as well. Some use ‘they’ referring to their singular selves. Some make up pronouns. Some commit even more unforgivable grammatical mayhem. One person interviewed calls itself ‘It.’
Whatever my personal feelings about these people are people have a right to live their lives as they see fit, as long as it’s legal. They can call themselves what they want to when they’re among their intimates, but who on earth would agree that they should be allowed to change the shape of the language?
Language is communication. Language conveys ideas and feelings and information and all kinds of things, but the basis of language is understanding. Both parties - the one speaking and the one listening - have to have a common ground, not only a knowledge of what the words they speak mean, but a certainty that they both know the same meanings.
For example, there are many languages in this world, and in each language there are many examples of beautiful writing. But - unless you speak that language, those writings are nothing to you. Someone could be reciting the most exquisite words in the world, but if you don’t know what they mean you hear nothing but polysyllabic babble. There is no common point of reference.
Now that might be something of an overdrawn example, but the principle is true. Language is shared communication.
Say someone wants itself to be referred to using ‘tym’ rather than ‘he’ or ‘she,’ as in “Tym is my friend.” Or someone refers to itself as ‘they’ rather than ‘I,’ as in “they want to go to the mall” meaning that the speaker wants to go to the mall. Unless you are personally acquainted with this person, or know of its preferences, you won’t know what they’re talking about.
Language has rules. For example, ‘they’ is plural - not singular. ‘Tym’ is a made-up word, signifying nothing.
We are writers. Our job is to communicate, to share ideas and situations and information. If people don’t understand what we’re saying, we are not doing our job. And it will lose us readers. Another possible pitfall is that writing is forever, and the words that are currently trendy may be totally incomprehensible in a decade. Or less. Yes, language changes and mutates, but it is a natural process, not a fiat declared by a tiny minority, a minority that can’t even agree on which of their new words are right.
Again, people have the right to refer to themselves as they wish. They do not have the right to demand that others use those same words. There is no standardization to these new manufactured words/meanings, and the definitions are too fluid to last.
Call yourself what you want, but don’t mess with the language. Posterity - and those who believe in clear communication - won’t thank you if you do.
Posted by Susan at Wednesday, June 17, 2020 7 comments: 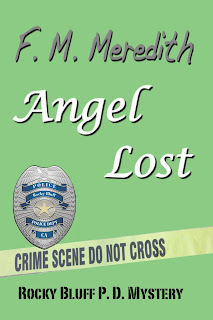 I  do have a good excuse though, I am crazy busy.

I took my rights back for my Rocky Bluff P.D. mystery series. I loved the publisher, but he's just too busy with life and too many authors to work with.

The books are all being re-edited and self-published. The re-editing and the actual publishing are being done by my good friend, Lorna Collins, and her hubby is doing the covers.

My part in all this is going over each book for any more errors, typos and in some cases bits of the plot that need to be fixed. The ones being done first, are the books the old publisher hadn't gotten to yet.

The first on, Angel Lost, is one of my favorites in the series for many reasons.

As usual, there is a lot of family things going:

1. Officer Felix Zachary's wife, Wendy, is having problems as a new mother.
2. Sergeant Navarro's mother may have Alzheimer's.
3. Officer Ryan Strickland receives some unsettling news about the new baby he and his wife are expecting.
4. A man is exposing himself to unsuspecting females jogging on the beach.
5. Officer Stacey Wilbur is busily planning her wedding to Detective Doug Milligan
6. The newest officer on the RBPD has an underlying problem no one knows about.
7. The vision of an angel is making a nightly appearance in the window of a downtown store.
8. Gordon Butler does an heroic deed.

As I was going over this book, when I came to the end, I shed a tear. Sounds crazy, but it had been a long time since I'd revisited Angel Lost.

Some of the situations were based on events that actually happened--of course with a new spin.

If you haven't read it yet, it can be found on Amazon for Kindle and in print.