How important is it to get the right name for one of your characters?

When I first started writing, I usually picked the first names of the good characters from people that I liked, and added a last name that seemed to go with it. Of course, I sometimes did the opposite for the bad characters. Later in my writing career I tried to use names that carried some kind of meaning, at least to me, that the person I'd created had a touch of evil.

As time went on I began to learn some fairly good rules about names: Don't have characters with names that begin with the same letter and don't use names that rhyme. One of my own rules is don't pick a name that no one can pronounce because that drives me crazy when I'm reading a book and don't really know how to say the character's name.

As time went on I needed more sources for names.

Of course, nowadays one can go on the Internet and find every kind of ethnic name, first and last, plus popular boy and girl names for any year.  And yes, I've used these sources a few times. However, for me a better way has been to jot down interesting names I see in the newspaper and to save any programs such as from graduations and stage plays. I'll pick a first name from one and a last name from another that seem to fit the character I'm creating.

My character Deputy Tempe Crabtree's name is one of my great-grandmother's names. I thought it fit the Native American woman I'd conjured in my mind. (And by the way, Tempe is short for Temperance, and is pronounced Tempie.)

For my main character in the Rocky Bluff P.D. series, Doug Milligan came about because Doug was my favorite cousin's name and I liked the way the name Milligan went with it.

I'd like to hear from other authors how they choose their character names.

The Cutesy Crazies, or The Quirky Plague

by Janis Patterson
I like cozy mysteries - admittedly more the traditional kind (amateur sleuth, real world, adults who act like adults, lack of gratuitous sex or violence) than the currently trendy kind (talking animals, ‘cute’ jobs, ditzy heroines with shoe fetishes, witches and paranormal abilities, etc.) I do read both kinds though, as well as an occasional noir or hard-boiled one just for a little bit of variety.
However, like too much sugar or salt can ruin a dish and make it unpalatable I am noticing a disturbing trend in the ‘new’ cozy tales, namely a blatantly advertised cast of ‘quirky’ characters.
Now everyone has (or should have) at least one quirky person in their lives, if for no other reason to give them a laugh or at least make them appreciate the sanity of everyone else. When an entire village, or apartment house, or island or whatever physical location of the story is populated with nothing but quirky characters - and they are touted as one of the desirable draws of said location - I begin to feel that this is not so much a place of mystery as an open-air asylum.
You know the type I’m talking about - the grandmother who habitually crawls out windows because she wants to avoid the nosy neighbors. The heroine who puts herself into a known and extreme danger without a compelling reason, just curiosity. The cat/dog/horse/mongoose who not only investigates the crime but generally solves it, though it generally gives the credit to the heroine. Sometimes they even talk.
And while I enjoy an occasional ghost story, the mysteries where the ghost becomes a helpful partner in investigating the crime, or a coven (or several) of witches solve crimes through their magic powers or just about anything like that can make a book fly headfirst into the garbage can. Don’t let me get started on shapeshifters or other magical entities... my thoughts on them are not suitable for public pixilation! I know many many people like all of these kinds of characters - they have to, or there wouldn’t be so many of them - but I don’t. Those of you who do, I wish you good fortune and much joy of them. I just won’t be joining you.
The most ubiquitous offense to my mind is the stupidity of these quirky characters. Some of them do things and say things that would get them arrested at the least and institutionalized at the worst, and with no visible reason other than they have to do it in order to further the story. And that, unfortunately, crosses the line from plotting/character preference into the realm of bad writing. I am a firm believer that characters shape the storyline - the storyline doesn’t dictate the characters.
So, to keep from appearing a total grump, I guess I should tell you what I do like. Real people, understandable people, people like you could meet at the store or church or live next door to, who are suddenly and irrevocably thrown into an extraordinary situation which they feel they must investigate either to save themselves or someone/thing that they love, or (depending on their character) to prevent a miscarriage of justice. Yes, there still are people like that. Perhaps they are nosy more than being involved, but asking a few questions of people is different from beginning the investigation by breaking into a deserted factory at midnight. And yes, these stories can have humor, but it is a real, organic humor that grows out of the situation rather than the author visibly thinking, “I need to put a laugh in here, so So-And-So has to do something quirky.” (I admit that is an exaggeration, but not much of one...)
I have a dear friend of many years, a lovely, accomplished and very intelligent lady who will not read anything which does not make her laugh. No matter the author, no matter the location, it has to be a cozy mystery, but if it doesn’t make her laugh out loud in the first five pages out it goes. I don’t understand that and think she is missing out on a boatload of good stories, but that is her parameter of reading pleasure, so joy go with her. Needless to say, we have agreed on the merits of very few novels.
So perhaps the best definition of what I like are scenarios in which I can picture myself or my friends being caught in and how we handle things which are to us totally alien - and none of us are ‘quirky.’
At least, not much.
Posted by Janis Patterson at Wednesday, April 21, 2021 11 comments: 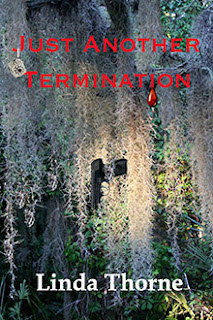 I have a confession to make. I’ve let go of my second book. All 350 double-spaced pages with plot point I, plot point II, and a beginning, middle, and end. It remains ensconced within the depths of my computer, out of shape, uneven, and lumpy. When I try to push one lump down to balance the book, another protuberance appears somewhere else. I have changed the main subplot twice. Each change took over a year. Then I realized my subplots were taking over, minimizing the main mystery plot.
I was so obsessed getting my first book, Just Another Termination, published that when I had problems, I’d spend an incredible amount of time studying self-help books. I’d faithfully attend a weekly two-hour critique group. After driving into downtown Nashville, I’d wait my turn to have five pages of that book critiqued. Meanwhile I had a full-time job and a husband at home with health issues.
But I’ve changed. As I move closer to my 75th year I am slowing down, and other things take precedence. I used to write posts about balancing writing time with my day job. Now, I don’t bother. In hindsight they sounded a little whiny. My current day job is more than enough for me. My free time is saved to spend with my husband, enjoy the outdoors, read books, and watch movies. When I’m not working, I want to relax. I can’t imagine driving across town now for a two-hour critique group with only the hope of improving a few sentences.
Yeah, I know it is good for a second book in a series to come out within a reasonable timeframe from the first. That didn’t happen for me, so I’m not going to beat myself up for it anymore.
I still peck at my second book, A Promotion to Die For. This usually happens after reading a story or watching TV and something catches my eye that triggers an idea to solve a problem within my manuscript. Occasionally I’ll get lost in working on it for an hour or so.
These days there is so much of life I don’t want to miss out on. Spending my down time with the hubby is high priority. I’m overdue for retirement, so hopefully that will happen in 2022 and I may be able to dive back into A Promotion to Die For. Only time will tell how this plays out.

Email ThisBlogThis!Share to TwitterShare to FacebookShare to Pinterest
Labels: A Promotion to Die For, Just Another Termination, Linda Thorne, Make Mine Mystery Letting Go

Still Waiting, So What Else Am I Doing? 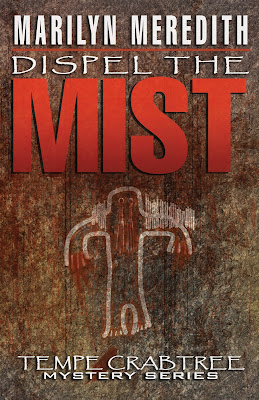 Have not heard from my first readers yet, and yes, I'm getting anxious. It is so weird not to have a work in progress.

So what am I doing? Well, I'm not planning the next Rocky Bluff P.D. tale which I could be doing but haven't thought up a victim, a killer, a reason for the murder, or the cause of death.

Instead, I've been doing jobs that bring in money. I've been writing program designs for people who want to have residential facilities. Because I had a facility for over twenty years and also taught Administrator and continuing education classes, I know the regulations that must be adhered too.

It's actually been quite interesting. Both homes require delayed egress devises on the outside doors, and a fence that is locked. This means special emergency rules need to be in place for the individuals who live there and the staff.

I once put a residential facility in one of my Deputy Tempe Crabtree mysteries, it was a big part of the plot. The neighborhood wasn't thrilled with having the home there.

I've also been doing some family things, the latest being my great granddaughter's baby shower. She's expecting her 3rd child. Lot of relative from her and her husband's side of the family were in attendance including my youngest daughter who I hadn't seen since last September. We had a great time at the shower and then later we had dinner with her and her husband. and lots of visiting, plus breakfast with them the next day before they headed home.

So it's not like I haven't been busy, every day is full, but I am anxious to get back to my latest.