And a Promo That Didn't Work 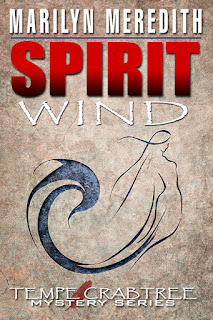 As the saying goes, there's a sucker born every minute--and this time the sucker was me.

Most writers receive all kinds of offers to promote their books, usually the latest, but I get them for all my books, even some of the oldest.

Because my Deputy Tempe Crabtree mystery series is now self-pubbed, I can check to see how any promotion I do is working.

When I got an offer from an outfit who said they'd put my book on Twitter and other sites for so many times a day for a week--the most expensive offer--I decided to go for it with Spirit Wind, the latest in the series.

I monitored sales the whole week--not a single one for Spirit Wind. I did have a few sales for others in the series, but I think that happened because of the earlier promotion of a free book in the series, and the flyer I hand out at in-person events with a list of all my books.

Maybe this kind of promotion has worked well for others, but it did nothing for me.

I will know better next time.

The Perils of Having a Writing Wife

I married late, well after my writing career was started, so The Husband knew exactly what he was getting. Sort of.

A down-to-earth and sublimely practical man of science well into a long and honorable military career, he knew I was a writer of fiction. He also knew that writers were thought to be eccentric. He just didn’t know how much.

Luckily he is a courageous and adaptable man, for as our marriage progressed, he learned more than I think he ever wanted to know about the unknown side of writing.

For example, he will leave in the morning after kissing a pajama-clad me in my office, already sitting eye-to-eye with the computer. He will come home some eight or nine hours later to find a pajama-clad me in my office, exhausted and emotional, sitting eye-to-eye with the computer. The laundry is undone, the bed unmade, dinner is a frozen lump still in the freezer, and I will look up in surprise, asking if he didn’t leave just a little while ago.

He has gotten used to me murmuring the name of my hero (or villain) in my sleep without wondering about the possibility of infidelity.

He has finally learned to accept that when I am asked what I do, I smile sweetly, give the questioner my best grandmotherly twinkle and say in soft, mellifluous tones, “I kill people.”

He no longer becomes alarmed when he finds books on poisons larded among my cookbooks.

He has become accustomed to my handing out business cards (with my websites only – no phone or address) prodigiously and has even learned to carry a few of them in his wallet. Apparently being married to a multi-published novelist carries a certain cachet.

I’m glad, because on retrospect I’m not sure writing is a lifestyle I would have chosen. I believe that almost anyone can write, given enough time, training and work, but that writers cannot help but write – it is an inescapable part of them, like some sort of birth defect. He has learned that when I stop in mid-word, my face goes blank and my eyes focus on some distant point that I am not having a fit, merely an idea. This is usually followed by a frantic scribbling on anything around, from a cocktail napkin to the back of my hand. He realized early on that I carried enormous purses not for make-up or other feminine junk, but to accommodate my tiny notebook computer, which he called my ‘purse computer.’ Now that my uncertain back has put paid to large purses, he never sees me without a pen and scratch pad – and usually a few choice (and unacceptable) words, because I loathe having to handwrite anything.

Unfortunately, the creation of worlds and populations on little more than caffeine and imagination can be an unsettling process for a non-writer. Currently I am working on a book set in contemporary Egypt – yes, yet another one. One of the side effects is a profusion of photographs of obscure archaeological sites blooming all over my office. Another is that our dinner menu has suddenly leaned heavily towards kushari, kibbe, hummus and tabouli. Luckily The Husband is as big an Egyptophile as I (doesn’t everyone know by now that he proposed to me in Egypt?) and he takes this with equanimity.

I’m not always that lucky. While writing Dark Music before my marriage, I lived in an apartment. The hero was a concert pianist who specialized in Chopin. I played Chopin almost 24/7 for the three months it took to write the novel. Though I tried to be quiet and respectful, before long my neighbors were begging to know when I would finish the book.

When I was writing The Hollow House, a cozy mystery set in 1919, I pestered The Husband about WWI and suitable firearms. Being something of a WWI/WWII historian, he happily complied.

He was less happy when, at a very crowded local gun show, we saw an automatic M96 Mauser Pistol Rifle, the firearm I had decided on for my villain to use. It’s a very distinctive and rather rare piece. I pointed it out gleefully and said to The Husband, “Look, darling, isn’t that what I used to kill Jake?” The gun show might have been packed, but suddenly there wasn’t a single person within arm’s length of me for a long time.

Due to several ancient accidents, I sometimes have a slight limp, especially when I’m tired. In Exercise is Murder, the heroine has a severe limp, though hers was caused much more dramatically by a bullet wound. As my tattered and beloved sweatshirt says, “It’s All Research.” The Husband has become accustomed to my asking all kinds of sometimes bizarre questions wherever we go.

I’d like to say I’m strong-minded enough to keep control of my characters, to keep them on the page instead of letting them seep into my life, but I’m not. As every character, good and bad, shares at least a few aspects of its creator, so does the creator reflect – at least temporarily – a modicum of the character. We create our characters from the inside out, and I believe Loucard’s Principle, that when two things touch, there is inevitable transfer from each to the other, however small.

I realized that The Husband has not only learned but accepted this, for when I am in full damn-the-torpedoes-and-write-mode, so submerged in the story that I never get out of my pajamas and we survive on take-out suppers, he has developed the habit of peering around my office door and asking, “And who are we today?”

Maybe he’s lucky. He remains faithful, but still gets to live with a wide variety of women, all in one package.  He married a writer.

Report on My Recent Promotions

Though most of us would rather write than spend time promoting, it is a necessary part of being a writer.

Over the last month or so, I've done lots of promotion for my latest Rocky Bluff P.D. mystery Bones in the Attic and tor the freebie of the second book in the Deputy Tempe Crabtree mystery series, Calling the Dead.

Because Bones in the Attic is published by Aakenbaaken and Kent, I'll have no way of knowing if my promotion has resulted in sales until I get my royalty report. I didn't do a book launch for this latest book but I did have several in-person appearance where I did sell the book.


Because of my promotions, I did receive a wonderful review on Amazon--and here it is:

I've been a fan of Marilyn Meredith's books for a long time. This one is her newest entry in the Rocky Bluff series. The characters encounter a skeleton in the attic of an old house and summon the police and the mystery takes off from there as he characters struggle with their own personal issues while at the same time are working at solving the crime. If you're familiar with the series, it's like visiting some old friends. If this is your first time reading Meredith's writing, you're in for a treat. Hers is the work of a master craftsman who knows just how to combine the perfect amount of characterization, description, and plotting to make her novels refreshing page turners. Do yourself a favor and read this book. --Michael A. Black

I know it came from my promotion on my groups, because Mike Black told me he bought the book.

For my freebie, Calling the Dead, when my former publisher closed its doors, all of the books in the Deputy Tempe Crabtree series were re-edited and self-published (with a lot of help from a friend) so I confess, I tracked what was happening every day. By the end of the final day, 527 copies were downloaded! For two days, the book was #1 in Native American Literature, and was in the 20s of female sleuths.

Of course the whole idea of offering a free book in a series is that after reading the freebie, people will buy other books in the series. Is that happening? Yes, slowly, everyday one or two or three of the other books has been purchased. So I would say the promotion has been successful.

Email ThisBlogThis!Share to TwitterShare to FacebookShare to Pinterest
Labels: Bones in the Attic, Calling the Dead, F. M. Meredith, Marilyn Meredith, Result of my Recent Promotions

I purchased a series of classes from Neil Gaiman and I was not disappointed. There are other authors that I’ve been listening to, they always give you something to think about, put into practice, or just enjoy listening to the author talk about their great works. Something I thought I might share is

2.     Write one word after another, find the right word, put it down.
3.     Finish what you’re writing. Whatever you have to do, just finish it.
4.      Put it aside, later pick it back up pretending you’ve never read it before. Show it to friends you respect and like what you’re writing.
5.     When someone tells you something is wrong, or it just doesn’t work, usually their right. When they tell you exactly what’s wrong and how to fix it, usually their wrong.
6.    Fix it, remember that, sooner or later before it ever reaches perfection, you’ll have to let it go and move on and start to write the next thing. Perfection is like chasing the horizon. Keep moving.
7.     Laugh at your own jokes. 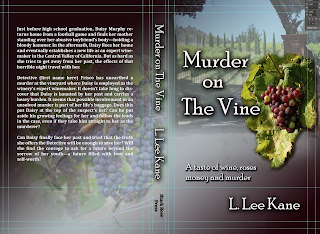 8.    8.  The main rule of writing is if you write with enough assurance and confidence, you’re allowed to do whatever you like. (That might be a rule for life as well as for writing). So write your story how it needs to be written. Write it honestly and tell it as best as you can. I’m not sure there are any other rules, at least one’s that matter.