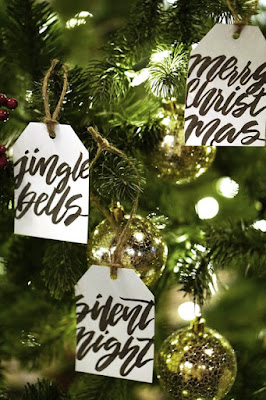 By this time, hopefully, all  your decorating is done and gifts purchased and wrapped.

I've finished and am ready. Also looking forward to the new year, and praying for lots of changes. #1 being the end of Covid and all the restrictions that have come with it.

What I'm hoping for is a return to normal in the book business--writing conferences and conventions being held, in-person writers' meetings and presentations, book signings in various venues.

There are many thing I really can't do anymore--I gave up flying and no longer drive and have to rely on others to take me places. (Fortunately, I have family members who are willing to drive me here and there.)

For the here and now, enjoy every minute of this holiday season, no matter how  you celebrate. For those with family who will be getting together, be thankful for time spent together. I certainly will be.

And when it comes to gifts, I hope you all receive books to read. When I was a kid, it wasn't a good Christmas unless I got at least one book.

Have a great Christmas everyone.

On Organization and Ivy

How on earth did it get to be the 15th of December of 2021? In contrast to last year, which seemed to go on for aeons with no end in sight, this year has whizzed past like a hummingbird who spots a newly filled feeder - and not nearly as prettily!

Don’t worry - I’m not going to wax sarcastic or angry about politics (at least not here) - I’m just saying that time didn’t go as quickly when I was younger. In my defense, as a full-time writer I tend to live my life in a cocoon - The Husband says I live only half-way in the world of reality - and that makes time slip away even more easily.

All my writing life I have been sort of a do-it-now and bounce-from-one-project-to-another kind of person. Great fun, but not very businesslike. Disorganization is not efficient, but although I could set up really nifty organizational systems (something I used to do for all different kinds of businesses) but after setting up one for myself (one of many over the years) would never keep up with it once it was done. Sigh.

You might know that I have been a very happy member of Novelists, Inc. (NINC) for years, and have learned so much from it. However - this last conference I attended a workshop that literally changed my life. I don’t remember the speaker - a very nice woman writer who is apparently quite successful - but she spoke on organization and one of her centerpieces was a planning board. Apparently these organizational boards have been around for a number of years in all kinds of industries, but I confess I had never heard of such a thing.

It’s a fairly big whiteboard, divided into 9 boxes of equal size. The three vertical columns are for the months - her version of the board was set up to cover a quarter, which makes sense to me. The horizontal columns are (going down) To Do, Doing, Done. How incredibly simple!

After NINC I bought a piece of whiteboard and some thin, pretty lining tape. After a lengthy session with a tape measure (you do know that I am numerically-challenged, don’t you?) I divided the board into 9 roughly equal oblongs. As the quarter had already started, I slapped a bunch of stuff up, thinking that was all that was needed.

It was not. Oh, the board was nice-enough looking, if somewhat amateurish. There are very pretty boards, all color coordinated and perfect-looking available on line, but - hey! - I’m a writer, and therefore poor. I did spring for some colored post-its and markers, which made the board look sprightly. Blue for the first month, pink for the second, green for the third, all with matching felt tip pens. Very impressive.

But I am learning that there is more to organization than just slapping down some things I want to have done, which is very different from actually doing. Now that there is a fresh quarter to say nothing of a fresh year staring me in the face, I’m giving more thought to what I want to put on my board. Not what I want done, but what I should do. And what I can do.

I find myself breaking down each task into component parts. Instead of just ‘publish My New Book’ I find it much more helpful to have a post-it for doing final edit, one for getting copyright, one for setting up ISBN, one for cover, one for uploading, one for deciding on pre-order and release dates... all the necessary minutiae for a release. So much easier than trying to remember everything at once - you can’t afford to miss a single step, and yet private life is a beast which sometimes seems determined to upset everything.

As I begin each step I move it into the Doing box. When the task is completed, the post-it is moved into the Done box. Maybe it’s a small thing, somehow related to the pretty stickers given out by kindergarten teachers as a reward for each task accomplished, but it gives me a little lift to see the Done box filled up with completed post-its.

Nor do I wait until the night before to work out my quarterly board. Remember I said I was a do-it-now and bounce-around type person? I find that in trying to fill out my board with the next quarter’s tasks I find I have been making notes (albeit general ones, to be fleshed out when I actually write up the post-its) in a dedicated notebook. Apparently organization is like ivy - once it gets a foothold it spreads everywhere! I have even been found recently cleaning out the kitchen cabinets!

Now I fully admit that this last quarter’s board was an intense learning curve, punctuated with several Family Situations that had to be attended to. Life happens. The board helped to keep me on track, as winding and overblown as it was. I expect better from next quarter’s.

It’s true - you are never too old to learn something, and when you learn something that actually works it’s wonderful. I greatly anticipate what this next quarter’s board will do for me.

PS - this is my last blog of the year. I want to thank you for your support this past year and look forward to seeing you all next year. I wish all of you the Happiest of New Years!

All the Changes 2021 Has Brought 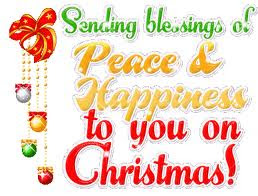 This has definitely been a year of changes. And we can blame some of them on that dratted Covid.

So many meetings are no longer being held in person which results in the lack of friendly exchange and companionship. And I do miss my writers' meetings. I had three I attended every month: San Joaquin Sisters in Crime, Tulare-Kings Writers, and my own weekly writers group.

When I was writing Christmas cards, I realized how many of my friends are no longer with us--and I guess that's to be expected when you're old as I am.

Changes are being made in the way we celebrate Christmas, as family members have decided to try something new.

Lots of book fairs have not been held, though it looks like some of them are trying to reorganize for 2022.

Some libraries have reopened, many have not.

I can't blame my lack of writing time on Covid--I've just been too busy with other writing chores--and caring for my husband. At 91 he is having lots of difficulties and requires more of my attention in many ways.

Life has always been full of changes, but I think there have been many more this past year.

No matter what's going on in your life, I hope you'll have some happy times during this holiday season.

And for those who celebrate Christmas, to you I say Merry Christmas/