Some of my colleagues here have been discussing the vagaries of book promotion. It is a subject that strikes the center of what we do, write books we hope others will read. Experience has shown that if we don't promote our works, people will not learn about them and, therefore, not buy. One of the sticking points of late is the subject of free books. Should we give some away in hopes of attracting more sales?

Being a midlist (or maybe sub-midlist) author who has never sold a ton of books, I am acutely aware of this problem. Well, I did sell some eighty-plus books at the Kentucky Book Fair several years ago, though I haven't managed to equal that since. At any rate, I decided a year ago that tales my colleagues were telling about freebies sounded like the way to go.

As it turned out, I got in on the tail end of the boom days. The first few I tried on Amazon's KDP Select program (about one a month) did decently well, then toward the end of the year tapered off as more and more writers jumped into the water. As others have noted, things continued to slip during the first half of this year. 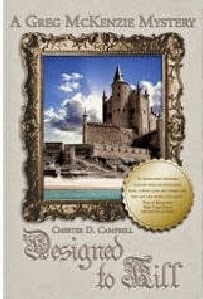 When I first read of BookBub, I checked it out and said no thanks at the sight of that $240 price tag. Then I read experiences of people like Jinx Schwartz and Rebecca Dahlke and decided to give it a try. I put my second Greg McKenzie mystery, Designed to Kill, up free for three days the middle of September. It had over 49,000 downloads, far better than anything I'd done before. In the two-plus weeks since it went back to $2.99, I've had more sales than normal, though nothing outstanding. But the other four books in the series have done quite well, bringing total sales of around 400 ebooks.

I should make at least double what I paid BookBub, and my name has gotten out to thousands of new downloaders. Most of them probably aren't readers, but enough have been to make them come back to buy more of the series. Also the number of reviews on Amazon for Designed to Kill has more than doubled to 44, the latest four hours ago with five stars titled "Great read. Page turner."

BookBub doesn't accept every book, but I'll try another in a couple of weeks and see how it goes. My experience tells me don't discount the value of the freebie.

Visit me at ChesterDCambell,com
Posted by Chester Campbell at Friday, October 04, 2013

Chester,
Glad to hear your good news. You seem to have stepped into a promotion-winner. Sounds good to me. Hope you keep writing and keep selling.

Thanks, Randy. This system may not work too good for someone with only one or two books, but if you have a large backlist it gets results.

Book Bub seems to be huge help, though a huge gamble.

Chester-Interesting. Though I had seen the "bump" decrease, it made sense to me to put the first three books in my series in an ebook boxed set to see if that would have an impact on the 4th and 5th books in my Jolie Gentil series. The boxed set (Ocean Alley Adventures) is the only book I have on KDP Select now. Since I have given the boxed set away a couple of times, the fourth book now outpaces sales of the first book. (The fifth one always did.) I think that's a sign that one freebie can help other sales. I am still holding off on putting single books in the series back on KDP Select, as that did not seem to offer increased sales in the recent past. Thanks for you input! Elaine Orr