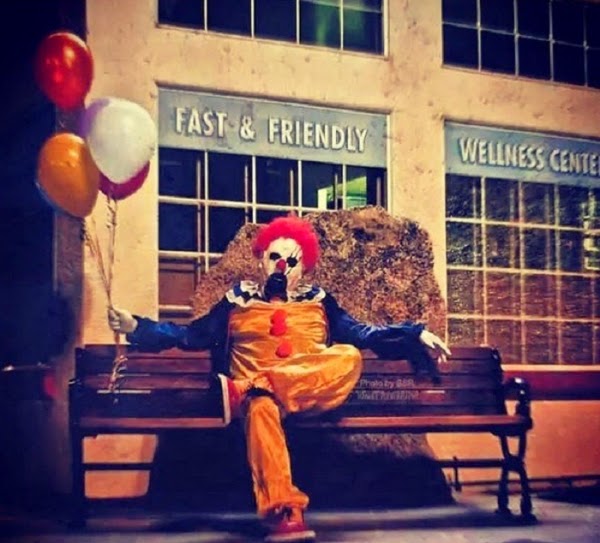 Perhaps you've read or seen in the news, or on the Internet, about the clown who has been turning up in various small towns in the San Joaquin Valley. It began on October 1 in the town of Wasco.

Of course copy cats followed immediately. Sightings have been reported in Bakersfield, Visalia and believe it or not, in my little town of Springville. Yes, it's true, I heard in an email message from our local resident sheriff.

And to make life interesting, before we learned about the clowns, our neighbor reported seeing a young mountain lion down by the river that runs behind our houses. We knew there was some sort of predator roaming because the feral cat population has diminished drastically.

That's not all--along with these events came the news that a bear or bears have been sighted under the bridge in town and on one of the nearby roads. Others have reported bear scat in various places.

Of course the mountain lions and the bears have always been here, and that's what makes living in the foothills interesting.

But a clown? There has to be a mystery here.

And if you'd like to read more about what goes on in my little town, all you have to do is read one of my Deputy Tempe Crabtree mysteries, since I've liberally borrowed from my surroundings for the setting of these novels.

The latest is River Spirits. And no, Tempe has never dealt with a clown, but she has had encounters with plenty of other wild life--human and animal. 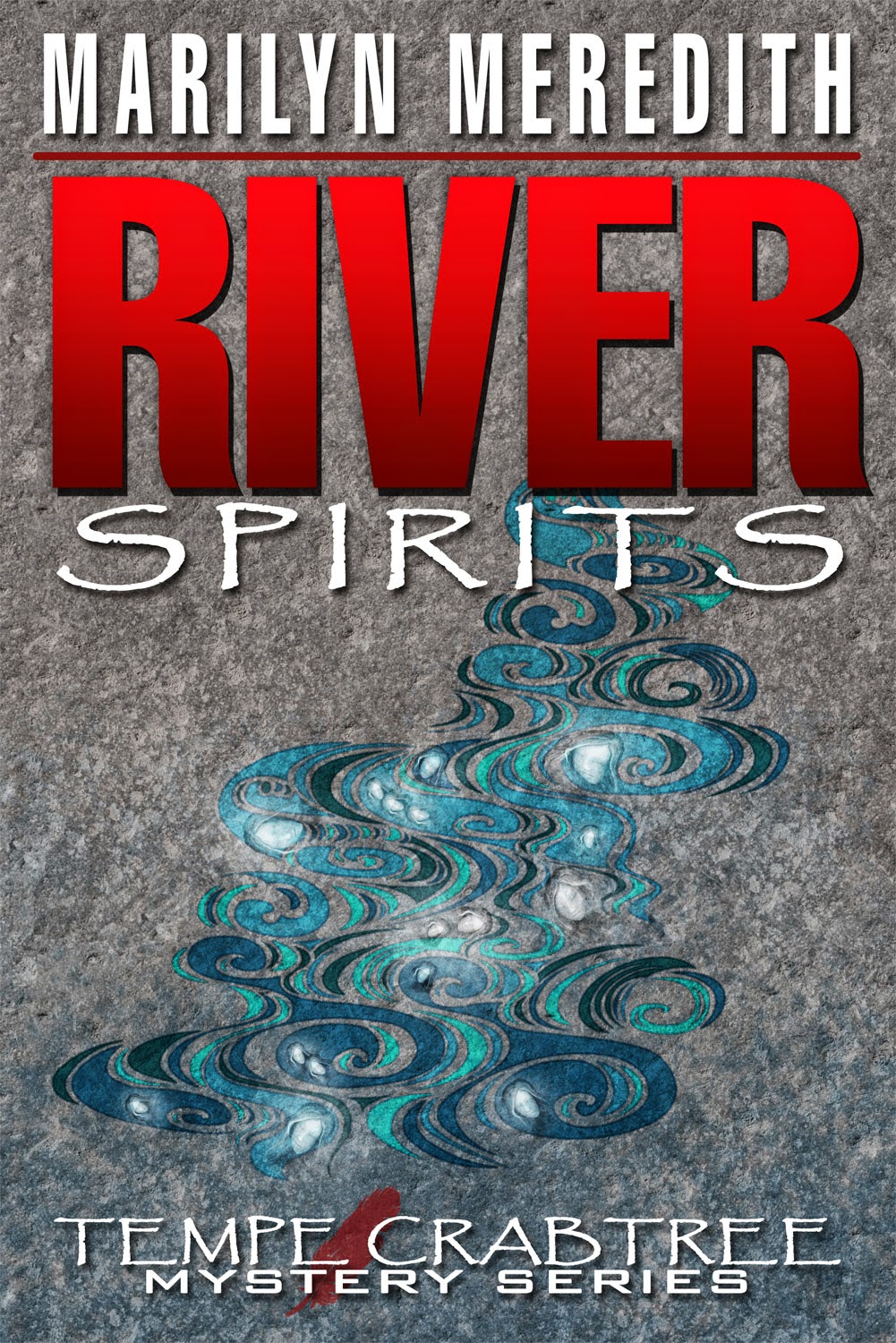 P.S. I doubt I'll ever run into the clown since he/she only appears at night. I seldom go into town after dark.

I hate clowns! I'd rather face bears or mountain lions. BTW, my friend, Kathleen, LOVED the latest book!

A bear just got transported back to the mountains after wandering around on downtown Main St. A Springville resident reported her trash was dumped all over and there was bear scat and paw prints.