The Power of Writing Contests 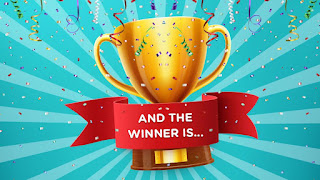 I recently entered a writing contest for a short story I'd written a long time ago and was reminded of how these contests can get your creative juices flowing. I polished off my unpublished short story, revising and revising until I felt I'd reached perfection. I submitted it early for a contest that doesn't end until close to the end of the year, but it's a big contest, huge, even for those who don't win but make the finals. I not only felt satisfied, but totally motivated. This started me on another contest for my unpublished novel in the works. My work in progress is still in revision stage, but I'm plowing through it now. Why? Because I have a contest, and this time the deadline is early summer.

I'd forgotten the power writing contests always had over me. When I first started writing I entered them regularly. That magic feeling. For years I’d entered the Minotaur Books/Malice Domestic Best First Traditional Mystery Novel Competition with my first book. They also have one for First Crime Novel. This contest is free for those mystery writers who have not yet published a novel and, if you win, it's traditional publication for your debut novel with an advance against future royalties of $10,000. The judges read your entire book. That’s an opportunity you don’t often find. That's gold! Sometimes I think the motivation to win this contest was what drove me to get the finished product I needed to find a publisher for my book. There is no second or third place winner in this competition only first place, or in the finals, or out of luck. I never won the contest, but for the last two consecutive years I entered, my book was a finalist. I definitely recommend this to anyone who has a novel in works (mystery or crime fiction), but has not yet published a novel.

Before I was published, I entered numerous writing contests regularly, not just for motivation, but for feedback from judges and an occasional critique thrown in as a bonus to those contests that charge fees for submissions. To me, the writing contests provided an invaluable learning tool.

Contests are motivational because there is a shorter-term possibility of getting something in return. You have a good reason to buff your submission. There’s the hope of a win of some sort. You’re given a deadline, so you meet it instead of dallying around. Then there's the precious worthwhile feedback many writing contests offer.

If you're trying to get published, seeking writing training, or want to get out of a writer's block mode, try submitting to a contest. If you do this, trust me, you'll really "get" what I've said here.

Book on Amazon - Kindle on Sale for 99 cents

Posted by authorlindathorne at Friday, January 24, 2020

Email ThisBlogThis!Share to TwitterShare to FacebookShare to Pinterest
Labels: A Promotion to Die For, Just Another Termination, Linda Thorne Make Mine Mystery, Writing Contests

I no longer enter contests, but they are a good idea for those who are starting out in writing. However, my advice--always read the guidelines carefully. Even with a contest that doesn't have an entry fee, they often will have rules like even if you don't win they are free to publish your work. That way they get your writing for free. Of course, for many people who write as a hobby that won't matter. However, for professional authors, it's a different story.

Yes, Jacqueline, warnings are in order. So many contests these days are just ways for organizers to make some money. Even if they have no contest entry fees, they might charge "reading fees." And I often wonder about the quality of the judges: Many times they're just other authors. Other times the "judges" are just online voters, so the whole thing is a bit like American Idol.
That said, they can be useful, especially for newbies. Long ago I entered one with my short story "Marcello and Me." Besides the fifth prize, the judges sent back a critique that was useful. My alter-ego A.B. Carolan took that and made it into the novel The Secret of the Urns. He found that critique useful too. :-)
Good post, Linda.
r/Steve Moore

Interesting comments. Some forewarning may be needed on contests, but the ones I recommended here I feel sure are reputable. I got some great critical feedback from some of the judges. It wasn't positive, but it certainly helped me. When I started becoming a finalist in the Malice Domestic contests, I realized I was turning into a writer after all, and a publisher took me shortly after that. The rejection and any winnings sometimes lets you know where you're heading.

I also loved entering writing contests before I was published. Years ago, I actually won a contest for my romantic comedy, Girl of My Dreams, about a reality show contestant

I can see how entering could be a good incentive to get a book not only polished, but also make a writer want to go further and finish the book.

Most of the RWA Chapters, such as the one I belong to, Chicago-North RWA, hold writing contests each year and it's a great idea to offer critiques when writers are unsure of their work. Also, a great way to offer encouragement.

Thanks Morgan for the tip on the RWA Chapters. There used to be a magazine called Writer's Journal geared to fairly new authors. They were even in bookstores (but that was in 2006 and 2007). I won 2nd place for a short story called Hurricanes Don't Lie and received a check for something like $125.00. I also won 3rd place for a romance short. It was not as hard to win as contests like the Writers Digest ones. Like so many magazines though, it went out of business.

This is a great post. I have intermittently entered contests and even placed as honorable mention in a few, 2nd place in one. But when I work on longer pieces, like novels—and also I've gotten a few published and then have had to deal with the promotional activity — I tend to let all of that go by. Your post does motivate me to send something off again. Best of luck with getting back to the novel you want to finish. I'm in the middle of one now, so I know the feeling.