Sometimes I feel like my cell phone, on the red line. The trouble is, the fix isn’t as easy as plugging me in for a nice big dose of electricity. I have to figure out where to get my electricity. I have a few gimmicks that work well for me. Most of the time!

When I’m stuck on a project, which means that it’s boring me because I’m writing boring stuff, I get that heavy feeling that writers get: I’m no good; I can’t write; now they’ll find out; why did I think I could do this? And worst: That last thing I wrote, the one people say they like, was a fluke. The solution, I know, is to write something else that’s as good as the last thing I wrote. But how, when I know I can’t? 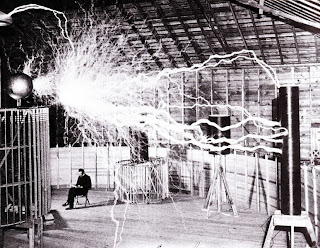 Going for a walk is a great way for me to recharge. We moved a few months ago and I haven’t found my ideal walking place yet. Around the neighborhood is good, but a trail by the library is better. Walks that recharge me have to be pretty. I want to see flowers, birds, insects, trees, and maybe some water. I do miss the walking trail in Taylor, TX, called the Hike and Bike. (Although it was sometimes depressing because it wasn’t cleaned up very well--hated to see all the styrofoam in the duck pond and all the plastic stuck in the bushes.)

Another tactic is for me to review my Attagirl file. Is that a silly thing to keep? Maybe, maybe not. When someone tells me they like my writing, or when they ask me to blurb a book, or--best--when they say I’m their inspiration (can you even believe that?), I print that out and file it. I also classify acceptances for publication as Attagirl-worthy material. This year I’m putting those in my Good News Jar. I started that January 1st. It’s my alternative to New Year’s Resolutions. Next year, on New Year’s Day, I’ll fish all the papers out and read through them to inspire myself for 2014. (More inspiring than making resolutions and breaking them.)

Sometimes it does work to just keep plugging, get out the butt glue and put my fingers on the keyboard. Many slow spots can be written through, then the bad bits edited out later. If I give my story a chance, it will develop. Sometimes in directions I hadn’t foreseen. That’s a good thing! But for the times when plowing on isn't working, I resort to the above.

And then there’s chocolate.

Photo source: Wikipedia.
Publicity photo of Nikola Tesla sitting in his laboratory in Colorado Springs in December 1899. Photo was taken by Dickenson V. Alley, photographer at the Century Magazines. The laboratory was built in 1899. Tesla sent a copy of this photograph to Sir William Crookes in England in 1901.
This image was created using "trick photography" via a double exposure. The electrical bolts were photographed in a darkened room. The photographic plate was exposed a second time with the equipment off and Tesla sitting in the chair. Tesla's Colorado Springs notes identify the photo as a double exposure.
To give an idea of the magnitude of the discharge the experimenter is sitting slightly behind the "extra coil". I did not like this idea but some people find such photographs interesting. Of course, the discharge was not playing when the experimenter was photographed, as might be imagined!
The photo has also been identified as a double exposure by Tesla biographers Carl Willis and Marc Seifer.

Chocolate is a tranquilizer and nearly puts me to sleep, so I either get on the treadmill or exercise bike to recharge my batteries. And the best way for me to get "unstuck" is to read the chapter I wrote the previous day, which carries me forward into that day's work. If the plot bores me I know it will bore my readers, so I back up and rewrite the passage.

Funny, Jean! I react to the caffeine i chocolate and it perks me up. I agree, reading over the previous day's writing is a good plan.