I THOUGHT THINGS WOULD BE BETTER BY NOW 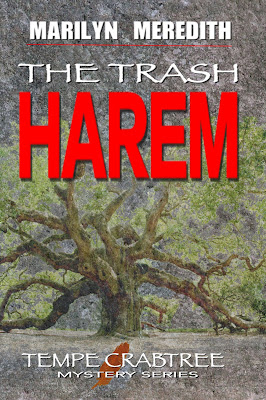 I hoped we'd be back to normal in the writing world--but it hasn't really happened has it?

A big mystery convention was cancelled, and some smaller ones too. (The Public Safety Writers Association's conference was held as planned though some of those registered to attend backed out.)

I've noticed that some outdoor book events around the country have gone on as planned, while others have been cancelled. Instead of in-person book signings, podcasts are being done. Doing a podcast at my house would be impossible--too many people live here and are not necessarily quiet (kids) when asked.

I'm signed up for two outdoor events in October--we'll see if they actually happen.

I do have some in-person events coming up that I'm sure will happen because I planned them. I'm doing a book signing in the felllowship hall of our church on August 28th for The Trash Harem. I' did one there earlier in the year for Not As We Knew It. Not many came but I sold quite a few books and I had fun and some great conversations.

The Porterville Art Association has asked me to come and speak and have a signing for The Trash Harem in September in the Art Gallery. I did one last year there for Not As We Knew It. Many came, all masked, and I sold a lot of books. The Art Gallery has remained open all through the pandemic and had many art related events.

I've continued to do blog tours and other promotion on line, but it isn't the same as actually talking to readers about books.

Now I'm beginning to wonder if we will ever get back to what it was like before.

It's very disconcerting. When the vaccines first came out, I felt we'd beat this. Then so many didn't get the vaccine and, of course children, still can't. The Covid varients were quick to appear. My husband is having a surgical procedure that is usually done with an overnight's stay in the hospital, but the beds are being saved for the COVID patients.

I understand how disappointing it is to watch events you want to go to canceled and many people not showing up when it's not canceled. These are unsettling times.