Notes From An East-West Journey 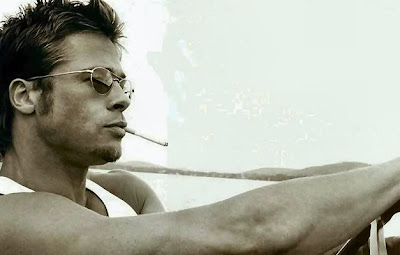 Having just completed my second round-trip cross-country drive from Tucson to points east as far as Florida and as far north as Wisconsin and Michigan this year, I've got some observations and recommendations to share.

1.  When passing through El Paso, keep your head down. The Mexican drug wars last week caused an AK-47 round fired from Ciudad, Juarez to smack El Paso's City Hall building. Granted, much of Interstate 10's border route passes through a concrete bunker, but not all of the highway is under a bullet's flight-path. I guarantee that as you pass through these areas, you will be looking toward Mexico with nervous eyes.  We survived the passage.

2. If you're brave enough to stop in El Paso and are interested in genuine Mexican furniture, bronzes, leather goods and pottery at bargain-basement prices, by all means stop at El Paso Saddle Blankets, on the south side of I-10, Exit 25. My wife and I just about lost our minds in that store. The prices, the quality, the selection...  Sure we dodged and weaved a bit, stood low and behind stacks or poles as much as possible... the border was close. How thick were the walls? Still, we'll be back. Next time, we'll drive a rental truck and wear Kevlar.

3. The Billy The Kid Trail through lower New Mexico is a spectacular drive. You follow Billy through mountains and forests on a four lane highway most of the way. We stopped at Fort Sumpter to see his grave. Found out my wife may be related to Billy's son. Guess I'll be wearing Kevlar more often...

4. Just off Billy's trail is the White Sands Weapons Test Range, along with Trinity, where the first A-Bomb blew. It's a fun and interesting drive, and nobody in our car radiated green or blue. While you drive, try to find the monitors that must be present somewhere on that test range. What do you wanna bet, you wouldn't get far if you climbed the fence? I've never spotted the monitors, but I know they're present somewhere: The warning signs are very explicit. Check your radio or the internet: Sometimes the range is closed; You don't wanna be there then.

5. North and East of White Sands is Roswell, a much larger city than I expected and one which has few curio stores featuring alien tourist junk. But we did manage to pick up some blow-up aliens to terrorize our granddaughter. Ain't being a grandparent fun? I call it "Parental Revenge."

6. Further north still is Dodge City, Kansas. If you're into Old West stuff as much as I am, Dodge City is only second to Tombstone on the fun-meter.

7. The route from Kansas to Wisconsin is Tornado Alley. Be sure to bring kites.

8. Sinuses have no purpose other than to wreak havoc on your ears, eyes, nasal passages and forehead. Eric Holder should get off his fanny and ban them.

9. Do not drive through Louisiana without stopping at a Landry's. For that matter, they're in El Paso, San Antonio and several other cities, too. Good Cajun eats.

10. Anyone who spends summers in Florida is nuts. No need for towels. Drying off after a shower serves no point whatsoever.

11. All food in the Tennessee and North Carolina mountain valleys is fried, even their Snickers bars and ice cream.

12. Don't enter the South unless you're Baptist and carrying a Bible.

13. Stop by the side of the road in Tennessee and someone will politely ask if you want directions, followed by an invitation to visit their church, Baptist of course.

14. The presence of red crawfish in a stream means there's gold nearby.

16. The only way to read Stieg Larsson without throwing the book against the wall is by audio book. C'mon, all those meaningless details... By the time you wrestle the CD from your player and roll down your window to throw, Stieg's moved on to the good stuff. Book in hand, I'd have been tossing the first time Larsson read off Blomkvst's grocery list.

17. Kentucky and KY Jelly are not related, except maybe in the hills.

18. Texas has more cops than all the other states combined, and Texas cops don't have much of a sense of humor. When Texans say Don't Mess With Texas, they mean it.

20. The only decent bypass around Chicago is to fly over it. Talk about log-jam... And its roadways -- those of Illinois generally -- may cost you tire rims or shock absorbers. Consider bullet-proof windows.

21. Texas has the best BBQ in the country; Louisiana offers drive-through daiquiris stations.

22. Avoid Branson, MO and Pigeon Forge, TN unless you want to spend hours in traffic and watch Scooters pass you by. Andy Williams and Dolly Parton aren't worth such hassles. But you might see Goober in the Holiday Inn Express.

Ben, I laughed my way through this entire post. You were right on with your observations on showers and Florida (okay, I do admit to spending a couple or more summers there--but it was near the ocean, okay?), Chicago, Tennessee, and well, shoot, the whole dang south!
Good stuff.

lol, Ben. We've driven along I-10 and most of the other places you mentioned and I have to agree about the Bible belt, Don't Mess with Texas, and Cajun food. I haven't been to Branson in years but am not surprised that it's become Hollywood East. That was quite a trip!

Can only speak for Texas...our highway cops can get serious, although they tend not to pay much attention to speeders out in west Texas which is basically 500 miles of straight boring road.

Fascinating stuff to keep in mind. You are really in the know, Ben.

I don't expect to do much traveling, except from the suburbs to Chicago on weekdays for work, with occasional trips to our cottage in Wisconsin, but it's great to know there's more out there than what I see.