Hello, I'm excited to join Make Mine Mystery. Today is my debut appearance (other than as a guest once when Earl Staggs interviewed me.) As a way to celebrate this day, my post takes a different approach--I wrote a folktale-like story, adapted from the keynote speech I presented in May to our Heart of Texas Sisters in Crime after being awarded the Barbara Burnett Smith Mentoring Authors Annual Award. 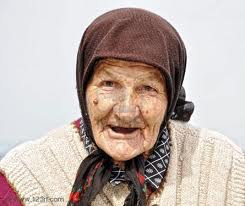 There’s an old woman—a wild woman—who lives in a hidden place that everyone knows about, but few have ever seen. She’s hairy and fat and makes more animal sounds than human. She crows and cackles and wails over would-be mystery writers, begging them to come to her hiding place and sing along with her, for storytellers of the mystery genre are the only company she allows into her cave.

She’s a wild woman all right, but I call her The Singing Bonecollector.

Folks say she lives in the Texas Hill Country among the limestone slopes of the Llano Uplift. But others believe she’s buried near an abandoned well outside Tucson, Arizona. A man said once he’d seen her traveling south in a burnt out car with the back window shot out. Then a woman said, no, she’d seen her standing alongside the highway just outside El Paso waiting to ride shotgun in the big trucks crossing the desert headed to California. Another woman claimed she’d seen her standing outside her door in the ghetto, taking notes.

Her only work is to wander from here to there, collecting the bones of unfinished or never-told mystery stories, scattered remnants that are in danger of being lost to the world. She fills her cave with these bones she’s collected, bones of delightful, yet unidentified characters, both good and bad, of half-done settings, of unfinished plots, of point of view problems, of a strong sense of place.

She creeps and crawls and sifts through the dry riverbeds, across mesas, through forests, and mountaintops, and across fields of wildflowers looking for such bones.

When she has assembled an entire skeleton, when she has the last bone in place and the beautiful white creature is laid out before her, she sits by the fire and thinks about what song she will sing.

After she decides—after she is sure, she stands over the creature, raises both her arms over it, and sings out. And while she sings, the bones begin to come together, the rib bones and leg bones of the creature begin to flesh out and it becomes covered in fur.

Still she sings. She sings until the floor of the hill country shakes. And as she sings, the creature opens its eyes, leaps up, and runs down through the canyon. Somewhere, whether by the speed of it’s running or by splashing its way into the river, or by a ray of sunlight, or moonlight hitting it just right, the creature is suddenly transformed into a laughing woman who runs free toward the horizon, a published mystery book in her hand.

So it is said that if you wander the wilderness and it is near sundown, and you are perhaps a little lost, and certainly tired, that you are lucky, for this wild woman—this bone collector—may take a liking to you and show you something—something of the soul.

Our stories start as a bundle of bones collected from the wilds. It is our work to recover the parts.
It is a painstaking process best done when the shadows are just right, for it takes much looking.

To sing—to write the story within us—we must sing over the bones that we collect. We must descend into that wild part of ourselves—of great feeling—emotion—to capture and create that song. Her whiskers sense the future, knows the past as well as the present. She has the far-seeing eye of the old crone. She lives backward and forward in time simultaneously, correcting for one side by dancing with the other.

The old wild woman lives within each of us, leaving us the moral obligation—and the delight—to live and write what we perceive, to allow ourselves to be breathed upon—to show it in our stories.

Within each of us is the old woman who collects bones. The soul-bones, as it were, for story.
Bones with the potential to be fleshed out, bones to challenge ourselves, and then to challenge our world. The writer must have freedom to move, to speak, to be angry, and to create.

Today, that singing wild woman inside of you collects bones. She is the soul self, the builder of story. She makes and remakes story.

What story is she making in you?

Climb up into the cave. Crawl through the doorway or window of a dream. Sift through the sand and see what you find.

Nice folktale, Sylvia.
I seem to have a lot of bone fragments from different bodies piling up around my cave. Sometimes I think I just need to sweep them all out and start with a clean floor.

@Mark, even shattered pieces of bone come together when we least expect it! So, keep an eye out for her!

@N.R. --nah! Same thing holds true for any storyteller regardless of genre or type! So, gather them bones and start another song!!

A War of Her Own

Intriguing story. Glad to see you here and look forward to your post.

Sylvia, this is brilliant. I loved it. Thanks also for posting a picture of the wild woman. I think I dated her in high school.

Yeah, I thought so. I sneaked the photo out of your album the last time we visited you and Carol!

I hope she makes a bestselling story for me!

No singing here.....more like a crazed man sitting in the back of a dark cave ocassionally grunting while messing around with what could be bones or maybe something else.....