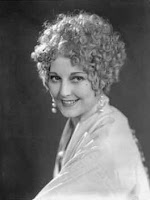 There’s no question that 29 year old screen star Thelma Todd liked to party. Such was the case on the weekend of her death in December, 1935, when “Hot Toddy” was found dead in her 1932 KBV12 Lincoln Phaeton, parked in the garage of her lover’s wife. To this day, her death remains a mystery to most.

I’ve been intrigued by this story since I first heard the many conflicting details surrounding the events of December 15-16, 1935, which occurred in a neighborhood I often drove through as a teen on my way to the beach. 73 years after that fateful event, movie buffs and historians still debate whether or not Todd took her own life, was a victim of a horrendous mistake or was flat out murdered. Headlines of the era reveal a trial that, for a brief time, rivaled that of O.J. Simpson’s notorious courtroom fiasco. The suspects were many, and included her lover and business partner, director Roland West; her abusive ex, Pasquale “Pat” DiCicco; even infamous mob boss, Charles “Lucky” Luciano.

What makes this story even more enticing is the wide variety of “facts” that surfaced in the days, months and even years after the “Ice Cream Blonde’s” unlucky demise. Even the condition of her body has been widely disputed, ranging from “a trickle of blood and a dislodged dental filling”—supposedly due to her mouth hitting the steering wheel--to “broken ribs, broken nose, and numerous bruises.” She was witnessed banging on her and West’s locked apartment door during the wee hours, yet her alcohol-laden body was found in a garage on the street above, 300 concrete steps and one block away. Her shoes did not indicate the wear that would have resulted from such a drunken climb, a fact verified in a reenactment by a woman of similar build wearing like-styled shoes. Time of death was placed on Sunday morning, yet witnesses reported seeing her and hearing her voice on the phone later in the day. Even the car has been largely remembered as a convertible Packard, when photos indicate a Lincoln with the roof in place.

If she didn’t walk up those crude stairs in the middle of the night, how did she get into the 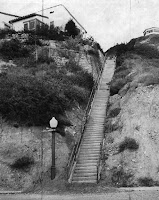 garage? If she was so inebriated, how did she manage to get into the car, close the garage door, start the car—and if she did start the car, why was she sitting in the passenger seat? Again, reports that she was “slumped over the steering wheel” are misleading; photos taken at the scene clearly indicate the contrary.

“Carbon monoxide poisoning” is listed as the cause of death. Although there were those who wanted to contest the court’s ruling and pursue a case against gangster Luciano, it is said that Hal Roach lobbied against such action for fear of a backlash against his studios. Luciano himself kept silent. While it was well known in Todd’s circle that the mob wanted her to partner with them and open her nightclub to their gambling activities, some say that their reportedly public tiff at the Brown Derby (wherein Luciano threatened Todd) was only a myth.

It is rumored that on his deathbed, Roland West “confessed” to locking Todd in the garage that fateful morning. One version is that he didn’t know she was inside; another, that he wanted to teach her a lesson. He knew nothing of carbon monoxide poisoning, and was angry over Todd’s frequent partying and late night hours. However, West’s 1952 confession to actor Chester Morris has never been independently confirmed; West had suffered a stroke and a nervous breakdown.

Today, visitors to the Pacific Palisades locale where Todd and West lived and ran their roadside café are treated to visions of Thelma, sounds of a car running the smell of automobile exhaust.

If I’ve piqued your interest, read more at:

"You're a woman who's been getting nothing but dirty breaks. Well we can clean and tighten your brakes, but you'll have to stay in the garage all night." -- Groucho Marx to Thelma Todd in Monkey Business. 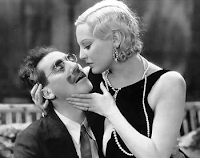 Anne Carter is the author of paranormal romantic mystery, POINT SURRENDER, from Echelon Press, Amazon and Fictionwise. Visit Anne at The Word From Beacon Street.
Posted by Pam Ripling at Monday, April 13, 2009

What an interesting story!

Great blog and love the illustrations. Amazing all the info you've dug up.

I think I have been obsessed with this story. I think about it from time to time. My personal opinion? Her murder may have been ordered by Luciano and executed by one of Pat DiCicco's "associates". From the mountains of evidence, and the fact that she was cremated so quickly, she clearly did not put herself into that car alone.

I agree with Ann Carter. I believe that Luciano and DiCicco were the main characters in this poor girls demise. I too feel obsessed at times over this. I really enjoy Thelma's films but my heart aches for what happened to her too And wish I could tell her so. I often visit her grave and Delivered a wreath on Easter morning I made in memory of her. Thanks, Tara Rose

"Again, reports that she was “slumped over the steering wheel” are misleading; photos taken at the scene clearly indicate the contrary."

Actually, that photo of her in the car is often transposed when printed or posted, which only makes it appear that she was on the passenger side when she died. You'll notice that the steering wheel is present in front of her in all photos of her in the car.
Mark