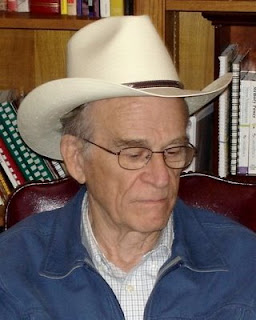 Pump Up Your Book Promotion
“We take books to the virtual level!”
http://www.pumpupyourbookpromotion.com/

Suspense/Mystery author Richard Roach was born in 1931 in Galveston, Texas. Short stories of his have been published in Man’s Story 2, Happy 2007, Vol. 20 and Bibliophilos 2006, Vol. 42. His first novel, Scattered Leaves, hit the book stores on September 1, ’08, and his second novel, Scattered Money, will be published in 2009.

When Ben McCord comes home from a business trip to find his young wife raped and murdered, he starts out on a journey of death and destruction. Clues lead him to a dark world of drugs and violence in action that spans Texas, Colorado, and the Mexican border. McCord hooks up with a beautiful doctor, who was also victimized by members of the same drug cartel, and together they track down the killers, surviving bloody confrontations, and ending with a suspenseful climax in the Big Thicket of Texas.

How do you develop your main character for your mystery? I read the following some where:

I think that sounds very good and I'm sure the person who wrote it had been trained in one of the better universities of our nation. However, (I bet you knew there was going to be a conflict, didn't you? After all we can't have a story if everyone agrees, now can we?) I do it a little differently . . . when I come up with the plot, I assemble all the people I have known over my lifetime and pick the one most nearly like the character I am trying to create. (I must admit with women it is somewhat harder because I haven't known many movie stars and all my female protagonis are nearly perfect specimens.)

For Ben McCord, SCATTERED LEAVES, I chose a melding of Hop Simmons, Duke Morrison, and Wade Kimeral. His physical size and good rugged looks came for Mr. Simmons, his acting ability from Duke, and his grit from Wade, a guy who played tight end on the football team back in my service days.

Of course, I know you don't need any advice from me because you wouldn't be a writer if you didn't have loads of imagination. This is for the tenderfoot that's just saddled up for their first journey up the trail.

Thank you and good luck with your writing.

Welcome to Make Mine Mystery, Richard.

Great advice portraying one character through the eyes of another.

Best of luck with your book, Richard.

WOULD YOU LIKE A FREE POSTPAID COPY OF SCATTERED LEAVES?

Send me an email! If you are the third one I receive, you're the lucky one. I'll get in the mail tomorrow.

Thanks to Make Mine Mystery for this opportunity.

Welcome to the blog, Richard. You've got my interest. I'll have to get that book.

Fascinating way to pick your characters. I usually invent mine from head to toe.

My only objection is the thought of all of your women being perfect specimens... Give 'em a little ripply fat! :-)

Using the eyes and hears of a secondary character to define the hero is a marvelous idea. Thanks for the interview.