My Morning on Radio 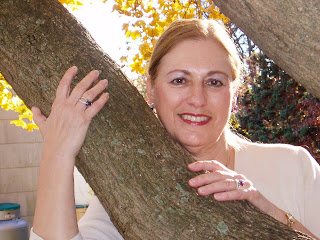 I knew I was going to get lost as soon as I heard the directions to the Stony Brook University Radio Station. I’d been to the Stony Brook campus many times to attend concerts and films, but this was behind the Staller Center. And indeed, it took me third turns around the road circling the university before I stopped a helpful person who directed me to the parking lot I was supposed to enter.

Getting to the right parking lot required another series of turns, but I mastered those easily. The program I was participating in is called The Writers’ Corner. Bruce, also known as BAM, is its moderator.  I was sharing the spotlight with two other writers—Sue Habanero and Don Allen--both of whom had appeared previously on The Writers’ Corner and had even acted as moderators in the past. The studio's small and the equipment very basic. My mic didn’t have a permanent stand. Our readings and discussions would start after ten and possibly go until one o’clock. Free and loose, but fine with me.

Habanero, as Sue likes to be called, was the first to read from the book she and her husband had written called Two Sailboats, One Moon, Journals From a Year Spent Oceans Apart. Bob had gone on a year-long sailing trip in the southern ocean. Except for three visits to see him, she stayed home on LI. Habanero and Bobanero, as he likes to be called, self-published their book and sell it at various     meetings and locales where people involved with sailing convene. Both Don and I were shocked to learn their book wasn’t on Amazon. But Hananero, the apt project manager that she is, quickly remedied that situation and thanked me via email for urging her to do so.

I was up next. I read from Murder a la Christie, which I explained is the first mystery in my Golden Age of Mystery Book Club series and happens to be free on Amazon today and tomorrow. Bruce, Habanero and Don praised my writing style. They liked how I seamlessly moved the story along while giving vital bits of information, which pleased me no end. As we approached noon, Bruce announced that we didn’t have until one o’clock as we’d thought, so I never got to read excerpts from my two Young Adult novels that will be coming out in a few months. And Don only had a few minutes to read two of his historical poems, both of which I liked very much.

Bruce asked us to return as guests on the next session of the Writers’ Corner the last Friday morning in June, and I said I’d be there. He talked about the Long Island chapter of Sisters in Crime, which I’d co-founded, and mentioned that our meeting was the following afternoon at the Emma Clark Library. I was pleasantly surprised when a listener, her sister, and her mother attended our meeting on Saturday. Somehow I feared my boyfriend David was the only person who had listened to the program. As both David and Habanero pointed out to me, next time I have to speak directly into the mic so listeners can hear me clearly. And I will. I will!

What an interesting experience, Marilyn. I wish I could have heard it or known about it in time.

Sorry about that, Pat. I'll make sure to let people know the info before I'm on again the end of June.

I love doing radio programs. One professional friend laughed at how the library board handled the microphone; but we wanted everyone to hear, especially when 70% of our audience were senior citizens. lol

Congratulations on your book.

Vicki,
I love them, too—especially after I stopped being nervous before going on. I've done a few from home, but I most enjoy doing programs with other writers.

It sounds like you had a great time, Marilyn. Good! And I love your books. You deserved praise. : )
Marja McGraw

I would have loved to hear you on the radio, Marilyn. Remind me when you'll be on the show next time. Good blog. Glad you found the studio!

Marja, Eileen, and Morgan,
Thank you for your kind words. I must admit I do enjoy speaking on the radio, and I'm glad Bruce asked me back.