A Good Time Was Had by All!

I’ve done signings where I’ve sold more books, but none have been quite as special as this one. There are several reasons.

First, I have a three book contract for the Fat Cat mysteries, writing as Janet Cantrell. The first book came out last September, 2014. We had moved from Texas, where I had lots of writing contacts, and I didn’t do a signing for it. It sold well anyway (national bestseller on two lists, Barnes & Noble and Bookscan), but I missed doing a signing. So this was my first signing as Janet Cantrell, for the second in the series, FAT CAT SPREADS OUT.

Second, this was a new first for me. I was asked to do this signing by the store! I went in to sign the stock of FAT CAT AT LARGE, the first book, last fall. As I was signing the books at the information desk, I was asked if I’d like to do a signing when the second one came out. I didn’t fall over, but felt like it. The Barnes & Noble here is not open for a signing at all, so I assumed maybe no one did local author signings in this town. However, Books A Million not only offered this signing, but wants me to come back when the third book comes out. 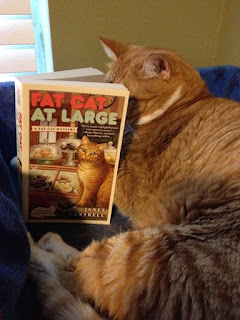 Third, the people who showed up were special. Neyland’s grandparents were there from Nashville. They used to own Mysteries and more until December, I believe. Neyland is one of my biggest fans, according to his mommy, Mary Ann Fisher. She sent me a picture of him reading my first book and promised to send one of him reading the book Greg and Mary Bruss bought last Saturday.

Another person I was glad to see was Dawn Frazier, who has been an online fan of the books and lives near. 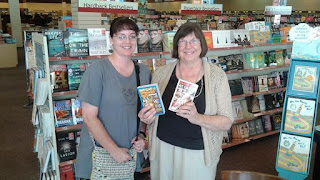 Then there was the staff. I couldn’t have asked for nicer people! Rachel and Will each bought a book and looked after me and my husband while we were there.

I’m so glad I’ll be going back in March! 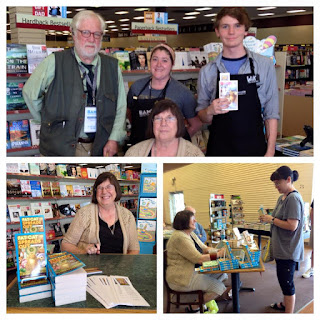 Wish I could have been there, Kaye! Looks like you had a successful event.

As long as you enjoyed yourself, it turned out to be a worthwhile event for you! I love the pictures!

I'm a big fan of Books A Million! How I not be?

Oops! How COULD I not be?

Yes, it was, Marilyn. I hadn't had a signing in a long time, so I was nervous. Hope I won't be next time.