I have only received one terrible review and that’s too bad because I learned a lot from the experience. I was green as grass at the new business of self-publishing in 2010 and did not hire a professional proofreader at the end of the process of publishing my first Santa Monica mystery, No Dice.

I also thought I had to publish the book to get reviews. My worst mistake was that I didn’t know how green I was.

I hit “publish” and lived to rue the day. Cue sinister organ music.

The review still sits on Amazon. Please don’t read it. Please.  I’ve tried to get Amazon to pull it with no success.

The reviewer was someone I’d been in writing class with, who to this day has a slight and undistinguished publishing track record. He’d read what was the first paperback version of No Dice and told me on the phone everything that he later wrote in the review. I never dreamed he’d go to the lengths of posting the review under a woman’s name. I thought we were friends. This “woman” has not since posted any other reviews, which tells you something. Okay, sour grapes.

But he was right in ninety per cent of his comments. I unpublished that book so fast it made Amazon’s head spin. And I corrected those flaws. I hired two proofreaders and I rewrote whole sections according to his very helpful criticisms. Thank you. It’s a better book now as the other reviews of No Dice demonstrate.

It’s hardly the case that most writers are blinded by self-confidence. Sitting inside your own head you can’t see things clearly.

It doesn’t help when everybody says nice things.  Sometimes a pointed comment or two from a reader can cause an author to reassess the impact of a work. And nowadays with an author controlling print on demand publication, further editing of a completed work (which was once a grandiose expense) is now feasible.

There are fewer and fewer excuses for bad books and worse editing. 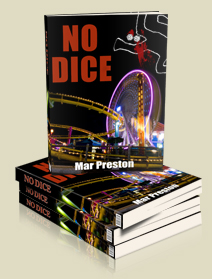 A bad review or two is not bad. There's no book ever written that's got nothing but rave reviews. For example, The Great Gatsby. I've read this "classic" four times trying to understand what everyone sees in it. Four times I've found it stilted and boring. Never got past 20 pages in Moby Dick. Ditto War and Peace. A few clunkers here and there validate the good reviews. As long as the positive reviews outweigh the negative, it's all to the good.

I agree that there are a few "bad" reviews that can be helpful--but there are many stupid and non-helpbul bad reviews out there. It's best to ignore them though, unless there really is constructive criticism.

The sting is long gone fortunately. And there have been many good ones since.